In order to provide you with services and offers tailored to your interests, Barnes
uses cookies. By continuing to browse the site , you accept their use. Read more
I agree
Posted on April 27, 2020

Pedralbes and Sarrià, two neighborhoods in Barcelona that are in great demand by foreigners

We already know that choosing a luxury home in Barcelona is a difficult task. If we think that our priorities have changed in recent times, more. Every time we pay more attention to other aspects such as the education of our children, in addition to the profile of the chosen neighborhood, housing and the proximity to the city center.

Confinement has paralyzed the entire world. Among the sectors affected is education, which has been forced to change the way of teaching classes, replacing face-to-face with online to continue with the school year. That is why most families are already thinking about the school they will choose for their children in the next academic year.

Today, in the blog of BARNES Barcelona, we show you which are the most popular luxury areas for foreigners and why it’s important that they are near the best schools in Barcelona.

Finding a good school for our children can be a difficult task, especially with the uncertainty of the past few months. Thinking that classes will resume next year, families, especially foreigners, begin to seek a place in the centers with the most recognition in Barcelona, such as the French Lycée.

This educational center of French origin, adhered to the French Association of Institutions Abroad, is located in the Pedralbes neighborhood, a luxurious location to live in Barcelona. Students can enroll from a young age, where they will learn Spanish, Catalan, Latin, English and, of course, French.

Pedralbes is anchored to the north of the city, and is one of the most requested by foreign families. There are some of the most prestigious universities in the city, such as ESADE, and most of the private and trilingual schools in Barcelona. Also, we can find various sports clubs of the most select in the city.

In the case of Sarrià, another of the high-end neighborhoods, we find a welcoming atmosphere, full of pedestrian streets in the so-called ‘high area’ of the city. Before being one of the relevant centers of high-end properties in Barcelona, the neighborhood was one of the towns that were located in the surroundings of the capital. 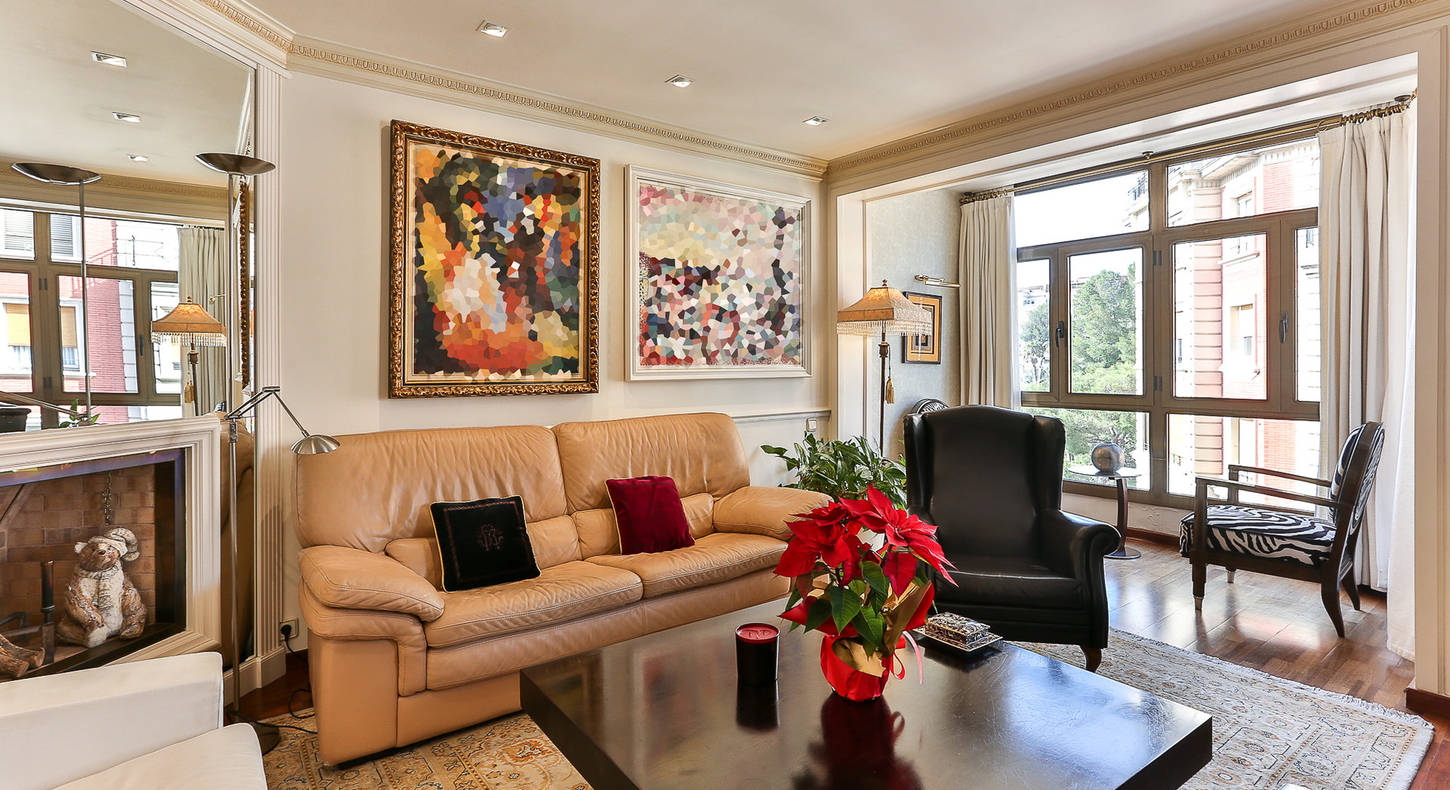 The family, at ease

The most important thing is that high-end neighborhoods, such as Pedralbes or Sarrià, not only have a privileged location. They also have the best international schools in Barcelona nearby. If you want your children to study in an excellent institution, at BARNES Barcelona we help you find the perfect home. We will look for a house for you and designed to guarantee comfort and exclusivity so the whole family feels comfortable, especially the little ones, whose proximity to the school will allow them to have a space in which they can enjoy life to the fullest academic as well as family.