In order to provide you with services and offers tailored to your interests, Barnes
uses cookies. By continuing to browse the site , you accept their use. Read more
I agree
Posted on November 23, 2021

Which are the most luxurious hotels in Barcelona?

Barcelona is the fifth most visited city in Europe in 2020 according to Tripadvisor. The climate, the Mediterranean diet, and the variety of tourist offers and the wide range of activities to do throughout all the year, make it one of the cities most desired by tourists.

Historically recognized large luxury hotels also stand out in Barcelona. Staying a few days in one of these hotels is a unique experience thanks to the benefits and services they offer. That is why today in the BARNES Barcelona blog we present you the most luxurious hotels in the city. 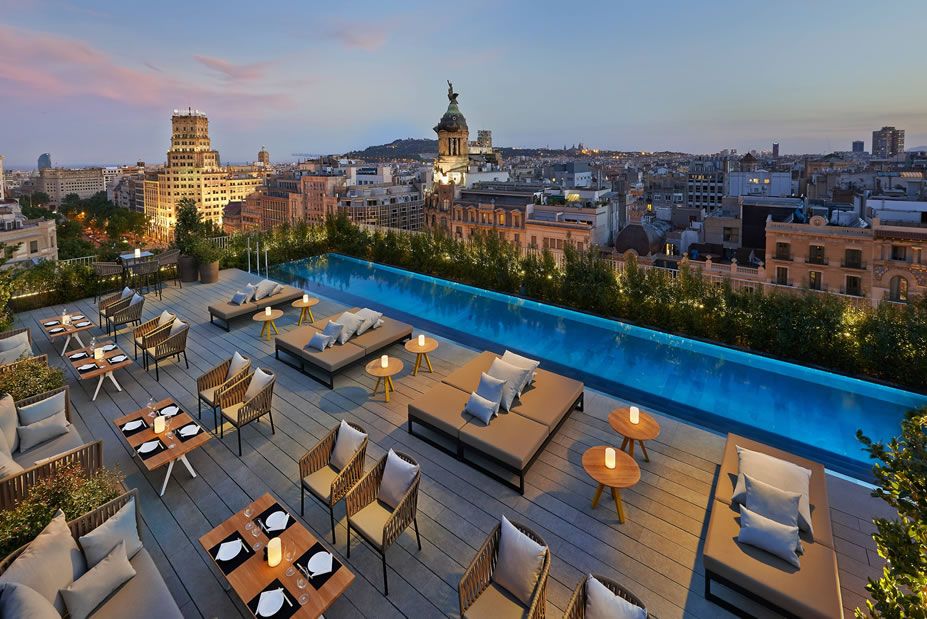 Located on Passeig de Gràcia, a few steps from Casa Batlló, it is one of the best hotels in Barcelona. It is located on the same street as many of the most luxurious shops in the city and close to areas with tourist attractions such as Las Ramblas, the Gothic Quarter or Portal de l’Àngel.

The hotel offers an oasis of tranquillity in the city centre thanks to its prestigious restaurants serving regional and high-quality food, an elegant bistro, and several bars, as well as the rooftop terrace with an outdoor pool, a luxurious spa, an indoor pool, and a gym. 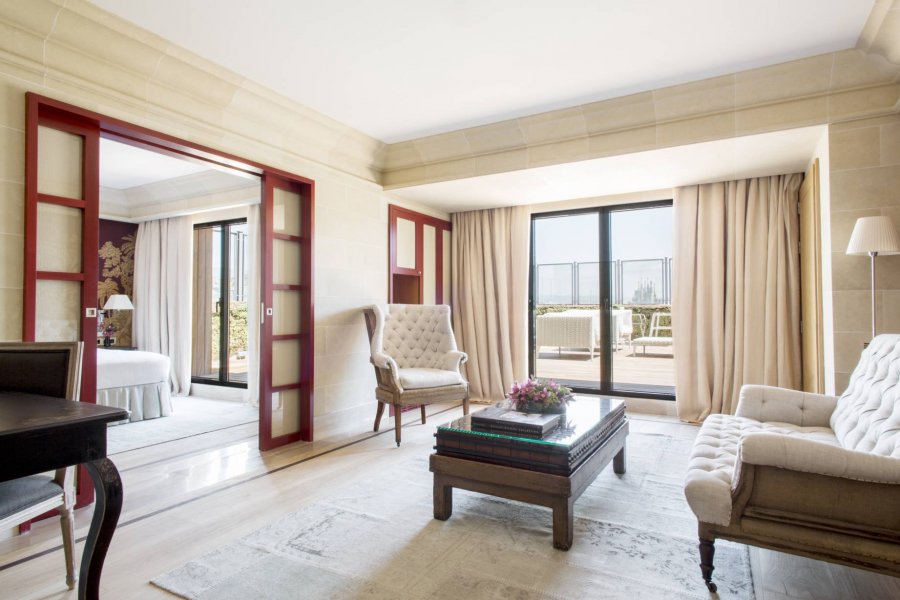 Also located on Passeig de Gràcia since 1918, the hotel has become a symbol of exclusivity and elegance of the Catalan capital. It stands out for its impressive neoclassical façade and for having one of the best private collections of modern art in Barcelona dating from the 20th century with works by painters such as Antoni Tàpies, Richard Long or Anish Kapoor. 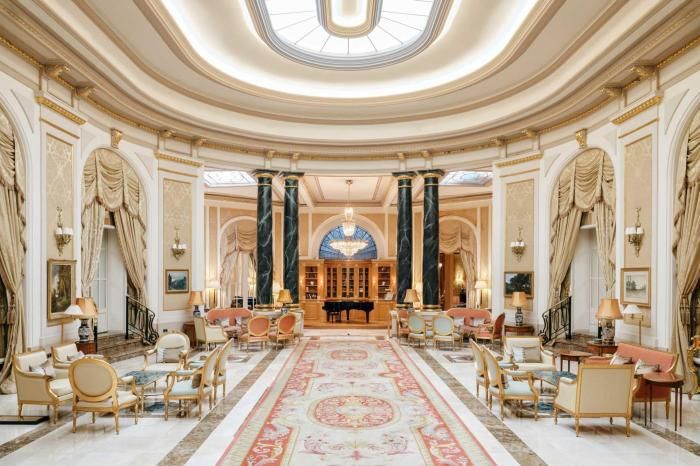 It has a terrace with views, a spa, a Parisian-style restaurant, a business centre and a gym. In addition, in the winter months, on the seventh floor, guests can be transported to an alpine chalet thanks to a restaurant specializing in fondues, raclettes or onion soup, and offering a decoration that evokes the wooden huts of the Swiss Alps. 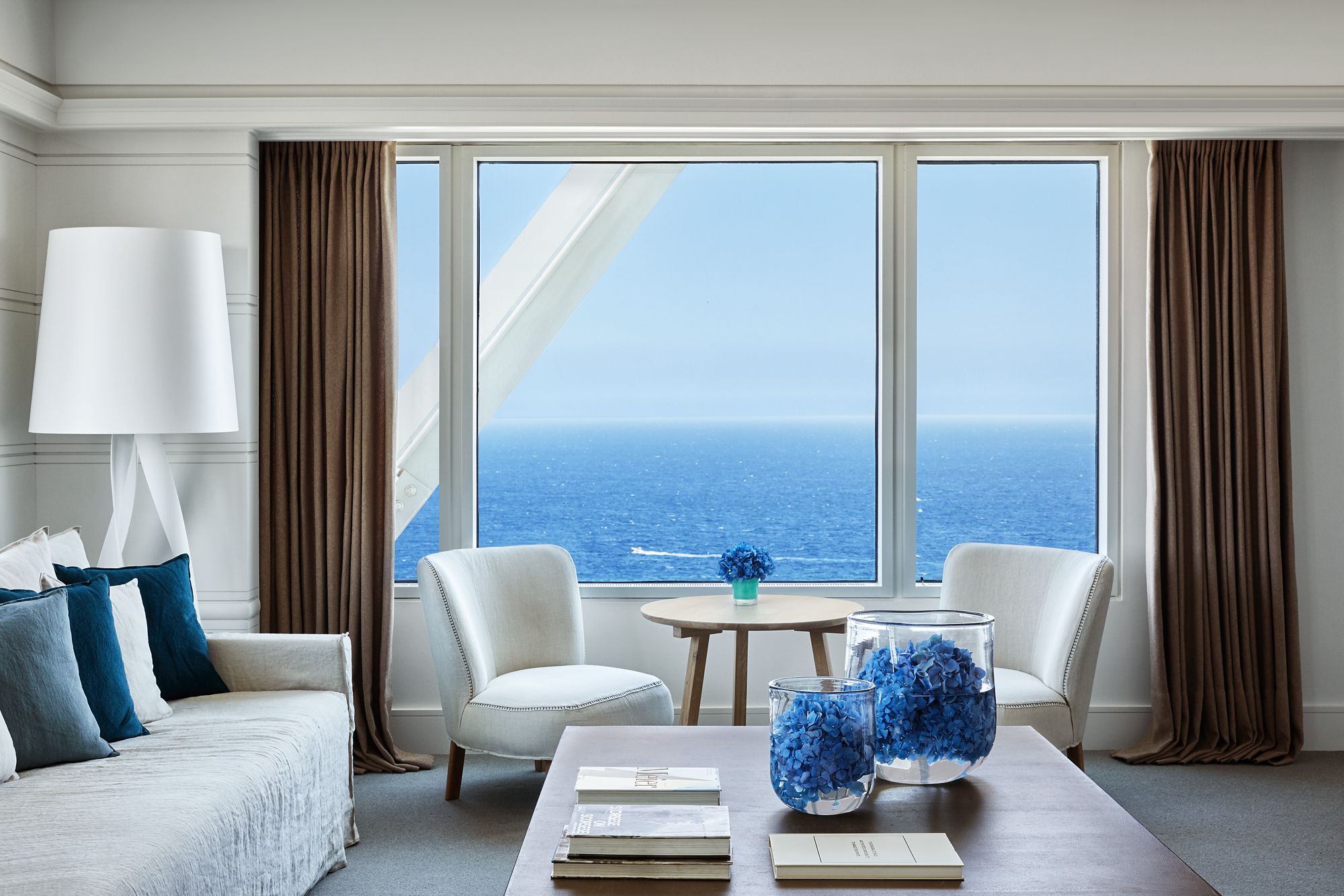 Unlike the previous ones, it is located on the beach and therefore has impressive views of the beach and the city centre. The hotel was built in 1922 and is part of The Ritz-Carlton Company chain, for which it is renowned.

It has a couple of outdoor swimming pools, a luxury spa, a two-Michelin-star restaurant, a wine bar restaurant, a hairdresser, and several fashion stores. The most desirable rooms also have a hydromassage bathtub.