Live in the Costa Brava

The area of the best-known coast of Catalonia is located in the province of Girona. It takes place from Blanes to the French border. Nature, beach, coves and the sea breeze are some of the values of the Costa Brava. Barnes Barcelona introduces you to the qualities of living in the Costa Brava and Barcelona.

The Costa Brava is very appreciated by the population of other regions of Catalonia and it is a common holiday destination for its beautiful crystal clear water beaches. It hides very beautiful corners and rural areas to walk and enjoy with family or friends. Imagine being able to live in a house with sea views or a private villa with access to the beach. The Costa Brava offers many possibilities to choose your property by the sea. Some of the best beaches are La Illa Roja beach, Es Castell beach, Santa Cristina or Port-bo in Calella de Palafrugell. The jewel of the Costa Brava are coves such as Pola cove in Tossa de Mar, Sa Boadella cove in Lloret de Mar, Aigua Xelida cove in Tamariu, Aiguablava cove and Sa Tuna in Begur or Rustella cove in Roses.

Regions and towns of the Costa Brava

There are 3 regions where the Costa Brava is found: Alt Empordà, Baix Empordà and La Selva. On the Costa Brava there are many options and different areas along its 214 km of coastline. The most well-known populations stand out for their beauty and quality of life as Principles, reference coastal towns such as Platja d'Aro, Palamós, Sant Feliu de Guixols, Roses, La Escala, Calonge or Blanes, pretty charming areas such as Tossa Mar, Tamariu, Llafranch, Puerto de La Selva, and towns with a lot of demand from the French public such as Empuriabrava and Roses.

The south of the Costa Brava, La Selva

It is the closest area to Barcelona. It is located just behind the coast of Maresme where many of the towns and seaside resorts are frequented by Barcelonians like Arenys de Mar, Calella, Canet de Mar, Sant Pol or Pineda de Mar.

In La Selva we can find the most touristic area of Costa Brava: Lloret de Mar and the coast that leads to Blanes and Tossa de Mar by the north. This area has an excellent transport communication with both Barcelona and Girona.

The Baix Empordà, the heart of the Costa Brava.

It is the central area of the Gerona Coast. This part of the region has local population with small towns with permanent residents throughout the year and mixed along with the foreigners attracted to the beauty of localities such as the Begur’s mountain area, located very close to Girona.


The Alt Empordà, the proximity to France.

Next to the Baix Empordà it is the favorite zone of the French population that lives in Spain. The proximity to the French territory is a very important attraction. In this area you find the important locations such as Figueres, Roses or Empuriabrava. Another important place is La Escala and Cadaqués. Its natural parks.

The Costa Brava is synonymous for nature, a perfect combination between residential areas and the respect for the natural space. In the whole Costa and nearest area to the Pyrenees of Girona there are eight natural parks. We can find large mountain landscapes, coves and beaches, volcanoes, cliffs, rivers and lakes. On the Costa Brava, Cap de Creus stands out, where the famous town of Cadaqués is located; and Aiguamolls de l'Empordà.


The Costa Brava is not just "a beach area"

The Costa Brava has many cultural attractions as well: the influence of Salvador Dalí in the Empordà, since it is the area where the world-renowned multidisciplinary artist was born and raised; the castle of Peratallada or the monastery of Sant Pere de Rodes; Medieval towns such as Tossa de Mar, which is located on the edge of a crag, Púbol or Pals, famous for its rice; the ruins of Empúries, remains of the ancient Greek and Roman city; and very close to all its locations there is the capital of the province Girona, which has a beautiful old town with the Jewish quarter as the main jewel.

If you are interested in living in the Costa Brava area, discover our properties for sale in this area.

You may also be interested in our homes in: 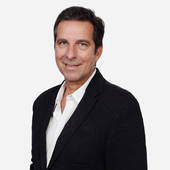